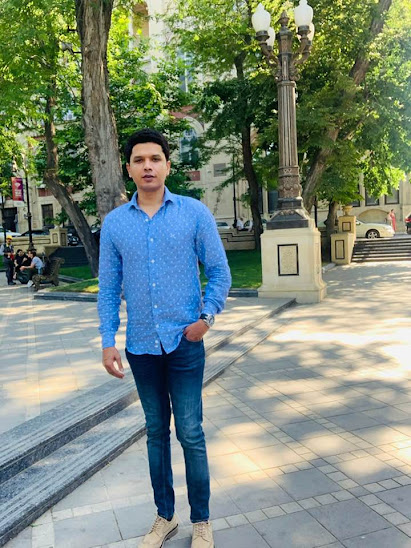 Additional District and Sessions Judge Hatem Aziz Solangi has been appointed. The trial of the case could not start even after three years have passed since the murder of Mureed Abbas.

Accused Atif Zaman is in jail on judicial remand. One accused Adil Zaman is still at large. The court adjourned further hearing of the case till July 2. 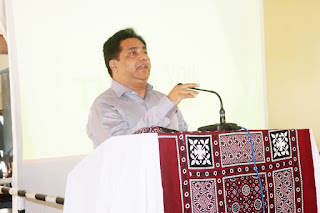 By Abdul Qadir Qureshi
(Pakistan News & Features Services)
Emphasizing the imperative need for ensuring immaculate safety aspect in train operation, the Divisional Superintendent Railways, Karachi Division, Kashif Rashed Yusufani, called upon the Divisional Officers and all other concerned personnel to contribute their bit in achieving the cherished objective of providing hazard-free service to railway passengers.
He was speaking as chief guest at a one ‘Train Safery Operation seminar organized at the Technical Training Center on his directive.
The seminar was attended by Divisional officers, Assistants, Train examiners, PWI, Guards, Station Masters and other relevant officials. The main objective was to acquaint them about how to take measures in advance to cope with accidents. 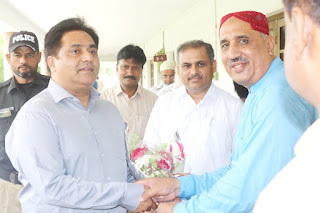 The DS was appreciative of the officials and the staff members who were working efficiently despite problems of material and staff shortage.
He exhorted the officials and subordinates in charges to essential ensure carrying out now and then inspection of various railway installations and told them that timely inspections will surely reduce problems by 60-70 percent because such inspections would surely help pin point the safety related problems.
He emphasized that no one should hide the problems, if identified, whether it related to track system, rolling stock or engine defection and the same should be forwarded to concerned officials for immediate remedial action. 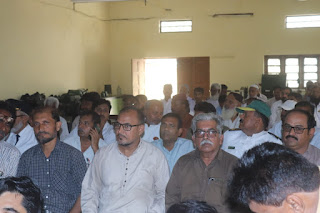 “The staff must necessarily share the same with their officials as hiding the same or keeping it in abeyance, will be harmful for the railway,” he declared, adding that they will have to work together in making Pakistan Railways a profitable entity.
His emphasis was that rules and regulations must be observed fully as only this could help the organization in making further advancements.
On the occasion Divisional Transportation Officer (DTO) Sajjad Ahmed Wagho, apprised the seminar participants about the importance of the event in detail and recalled that many lives were lost in trains accidents during the past few years besides accruing financial losses to the railway which also caused damage to the Railways credibility. 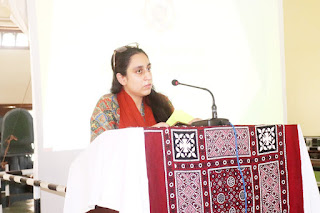 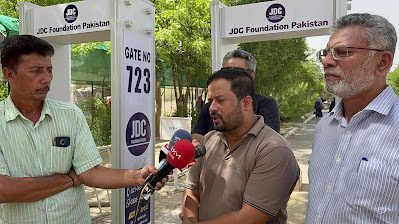 In order to protect the lives of 45,000 students, teachers, and others studying at Karachi University after the recent terrorist attack on the Chinese teachers and to save the students from waiting in the scorching sun, the welfare organization JDC provided 8 security walk-through gates for all the entrances. The walk-through gate was handed over to the Registrar, University of Karachi, Prof. Dr. Maqsood Ali Ansari. 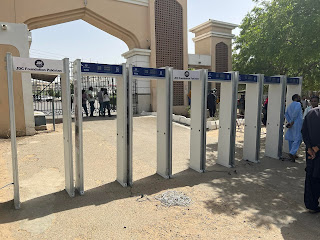 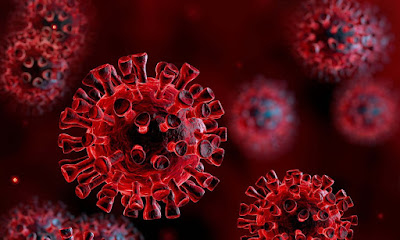 Pakistan's newly posted Ambassador to China, Moin-ul-Haq has highlighted the importance of construction of the Diamer-Bhasha dam which is expected to bring about across the board benefits in socio-economic sectors of the country.

The Ambassador in his twitter account highlighted the significance of the project apparently following the publication of an article in ‘The Global Times’ acclaimed as one of the most popular English newspapers in China.

"The key project is yet another concrete example of close Pak-China Friendship" the Ambassador reckoned.

The newspaper article titled ‘China aids construction of Pakistan’s ‘Three Gorges Dam’ despite pandemic’ had pointed out that despite the novel coronavirus pandemic, China and Pakistan were stepping up efforts on committed projects focusing on cooperation in industrial development, agriculture and the improvement of people's livelihoods.

The Diamer-Bhasha Dam and Power Project, also referred to as the ‘Three Gorges Project’ joined a long list of bilateral cooperation efforts between the two countries.

“As a country with an agricultural population accounting for about 60 percent of its total population and agriculture accounting for more than 20 percent of its GDP, the construction of the Diamer-Bhasha Dam remained of great strategic significance for improving Pakistan's water security and sustainable development and it has therefore been supported by successive governments,” Wang Zhihua, economic and commercial minister counsellor at the Chinese Embassy in Pakistan, told the Global Times.

"The Diamer-Bhasha Dam and Power Project, being the third largest dam in Pakistan, will achieve multipurpose objectives. It will increase the water storage capacity of Pakistan from 30 to 48 days. The people of Pakistan are grateful to China, which has once again decided to help Pakistan secure and ensure its strategic water security in the 21st century," Syed Hasan Javed, director of the Chinese Studies Center of Excellence at the National University of Science and Technology in Islamabad (NUST), remarked.

The dam is scheduled to be completed by 2029. During the construction 16,500 jobs will be directly created.
Posted by Chief Editor at 9:08 PM 0 comments 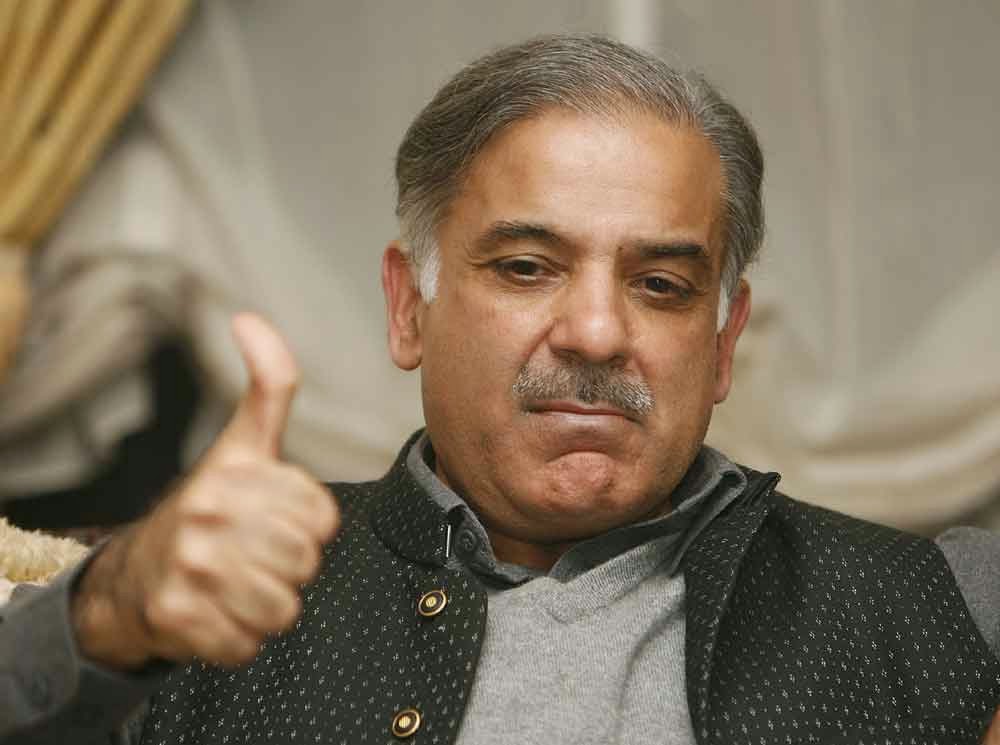 The police arrested the attacker who threw a shoe at the chief minister but missed his target. However, Shahbaz showed no reaction to the incident and remained calm on the stage. Later on, he ordered the release of the attacker, named Imdad Ali, working in a private Sindhi television.

Earlier, the security staff had arrested the attacker to investigate if he did it himself or any other power was behind the incident. The chief minister said that he and his government believes in freedom of expression and difference of opinion.

Before throwing the show, the attacker raised slogans against the expected restrictions on a news channel. He told journalists that he was not ashamed of his act. He said that he flushed out his anger by throwing shoe. The journalists also condemned the incident, and said the attacker should have registered his anger in a separate meeting with the chief minister. (DailyTimes) 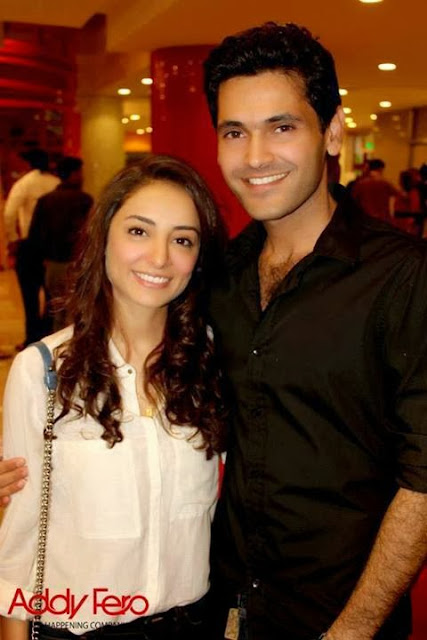 Actors Sarwat Gilani and Fahad Mirza are engaged to be married. Resuscitating the concept of true love, Gilani told The Express Tribune how she was fated to reunite with the man who she met a decade ago. What has often been dismissed as idealistic, the couple’s story depicts the notion that love conquers all.
The couple, who exchanged rings on October 11 this year, celebrated their union with an intimate gathering of around 70 on the roof-top garden of her residence. In an up-close and personal interview, a happy and love-struck Gilani flaunted her diamond ring with a twinkle in her eyes. While Gilani wore an Amna Aqeel outfit on her engagement day with hair and make-up done by Natasha’s Salon, Mirza sported a white boski shalwar kameez from Moosajees.
On the question of how and where she met Mirza, Gilani smilingly proclaimed, “We met 10 years ago, in the year 2003 to be precise. We liked each other then but I was busy acquiring a degree in Communication Design from the Indus Valley School of Art and Architecture, and he was studying at , pursuing his plans of becoming a surgeon.”
Explaining how grueling student life can be, she said, “Those days were tough as far as studying and getting the degree were concerned… Aur amma abba ki koshish thi ke hum graduate kerlain!” she remarked jokingly.
“Today, however, it [our story] has unfolded to be very filmi” she said. “Some time back, I was performing in a stage play Dhaani and Fahad came to watch it. Later, he texted me and said that he saw the play. That’s how we got in touch with each other for the first time after really long,” she exclaimed.
“Initially, I thought we both must be at different stages in life. People would joke about us being together but we used to laugh it off. And it just so happened that in the process of proving them wrong, we proved them right by falling in love, again!”
As the resilient Gilani begins a new chapter in her life, she doesn’t shy away from shedding light on her past, where she was married and got divorced a couple of years thereafter. She was briefly married to Omer Saleem, the brother of TV personality Ali Saleem. “I got married as a rebound. When you are vulnerable, nothing seems reasonable. You try to satisfy your heart and prove your point. That didn’t work out for me. I thought the love was merely a four-letter word. Also, when you are heartbroken, you lose faith in love. But life goes on and you realise, as you grow up, that being in love doesn’t mean you can’t be practical. You can be both at the same time.”
After her marriage didn’t work, she found solace in acting and painting. “I focused on my work, primarily on these two art forms. I was bouncing between these two loves of mine… I took refuge in them,” she said. Today, as her life takes another favourable turn, she is happier than ever and has given a special place to Mirza in her life.
When asked why Mirza is the one for her, she smiled and said, “Well, there have been actors and other people who have been interested but something or the other just wouldn’t click. I wanted commitment; I am strictly a one-man woman.” She went on to say, “With Fahad, there was familiarity, an association… and our family wanted us to consider it. Also, there was an established comfort level between our families. I have found Fahad to be a sincere person. With others, I wasn’t too sure but with Fahad, it seemed like it was written in stone.” Acknowledging how supportive Mirza has been, she said, “Whenever I tire down, he encourages me to strive and quotes Rumi to boost my will.”
With a wedding that is planned for summer 2014 followed by a honeymoon in , Gilani looks thrilled about tying the knot. She hopes that the couple will have “a very exciting journey” but that one must know that it’s not all fun and games. “One should know when to give in and when to give up. Family must always be the priority” is the talented actor’s mantra.
Published in The Express Tribune, October 22nd, 2013. 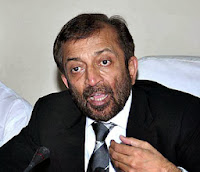 MQM leader Dr Farooq Sattar has said that Sindh government is launching operation in the city for its vested interests.
While talking to the media at Lahore Airport, he said that everybody knows about the dens of terrorists.
Law enforcement agencies must exterminate all the secret hideouts of terrorists who have nothing to do with the peace of the country; rather their aims are to horrify citizens in the name of so-called slogans and manifestos of justice.
He contended that all stake holders and political parties should make endeavours to make the military operation in Karachi successful, adding that this job can’t be made successful without cooperation and coordination of the MQM which is real representative of people in the metropolis.
He said that the MQM offered cooperation in this regard but the Sindh government is taking the issue with irresolution.
It seems that the MQM is being targeted as it had demanded an operation against terrorists without discrimination.
Sattar urged upon Sindh government to take measures for dispelling such an impression of politicized targeted operation in the city.
He said his party was never consulted about the targeted actions, adding that had the govt sought cooperation from all political parties, the targeted action would have been a success from the very beginning.
He alleged that the ongoing Karachi operation was not directed against criminals, as every single child of Karachi knew where the crime dens were across the city.